The countdown continues: six days until Halloween, and four days until the opening of Macabre & Mysticism at Red Roots Gallery.  In the spirit of the season, Conveyor Editor Dominica Paige is posting daily featuring the creepier side of photography.

The Spirit Photography of William Hope 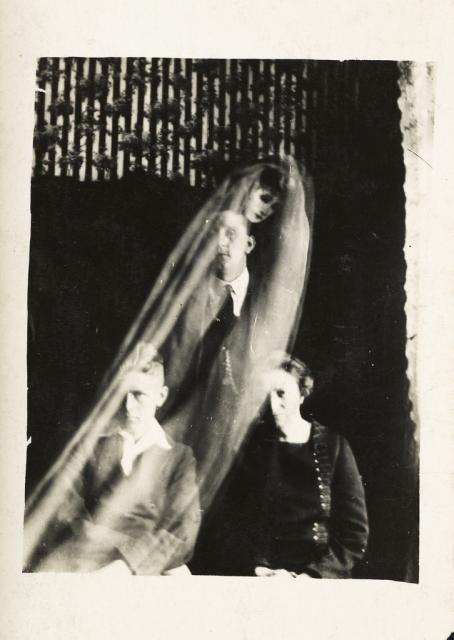 William Hope’s aptitude for capturing spirits in photographs allegedly came about in 1905 when he and a friend were photographing one another.  In one of the photos taken by Hope, another entity appeared in the image, an “extra,” the image of a person who was not physically present when the photo was taken.  The extra in question was the deceased sister of Hope’s friend. 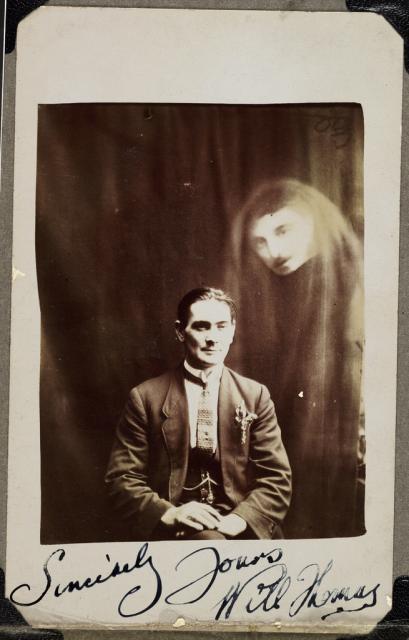 William Hope, Will Thomas with an Unidentified Spirit, Collection of the National Media Museum

Typically in the photographs, ghostly faces appear, floating above or behind the living subjects.  In some images, fully formed ghosts would appear, usually draped in sheets.  Superimposed images and double exposures were the usual methods for “capturing” the ghosts, though the photographer’s assistant could also drift behind the sitter, dressed in appropriate “spirit” attire, and remain in place a few moments while the shutter was open before ducking out of site. 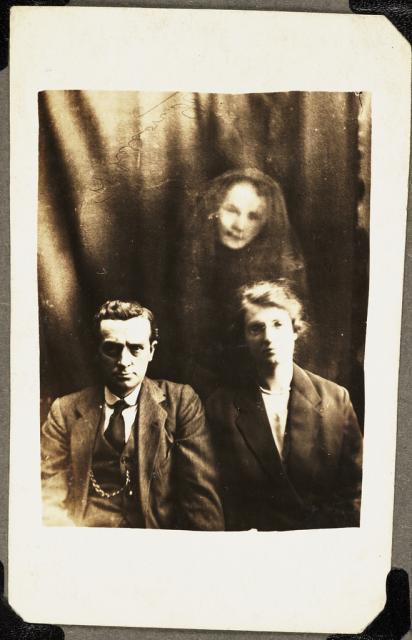 William Hope, Couple with a Female Spirit, Collection of the National Media Museum

Hope became a prominent spirit photographer and formed the Crewe Spiritualists Circle with six other photographers.   During their early work, the circle destroyed the negatives of the photos they created as they feared being suspected of witchcraft. They began to make their work public, however, when Archbishop Thomas Colley, a lifelong enthusiast of both the supernatural and Spiritualism, joined the circle. 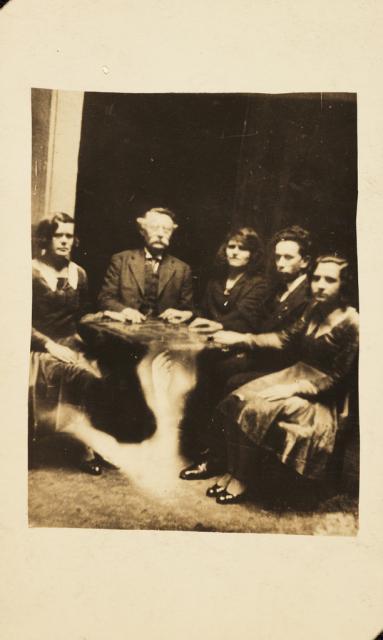 In 1922 Hope relocated to London and became a professional medium. The work of the Crewe Circle was investigated on various occasions by paranormal investigators who hoped to prove Hope was a charlatan.The most famous of these took place in 1922, when the Society for Psychical Research sent Harry Price to investigate for fraud. Price collected evidence that Hope was substituting glass plates bearing ghostly images in order to produce his spirit photographs; he provided Hope with glass plates embossed with a special mark that could not be seen except when exposed. Hope substituted these for regular glass plates, and as such the marks did not show up – suggesting that he faked his photographs. 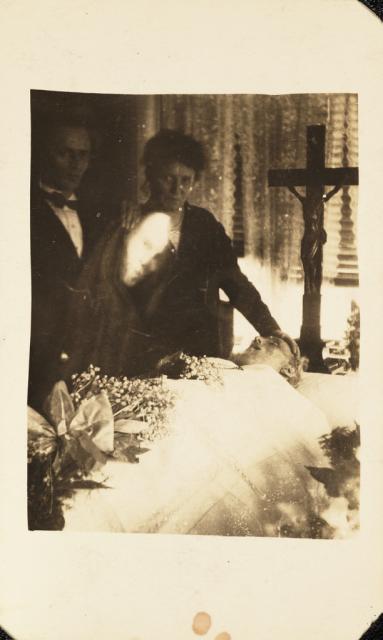 Still, hundreds of followers continued to believe Hope’s abilities were genuine.  This remains a matter for conjecture, a mystery that remains unsolved.   What can be said with certainty is he was rather adept at capturing photographic ghosts, whether real or imagined.