Conveyor magazine editor-at-large, Elizabeth Bick, spoke with Sasha Bezzubov about his collaboration with Jessica Sucher for their show currently on display at Daniel Cooney Fine Art, Facts on the Ground. Sasha and Jessica will be giving an artist talk at the gallery this Saturday, October 15th at 3pm! 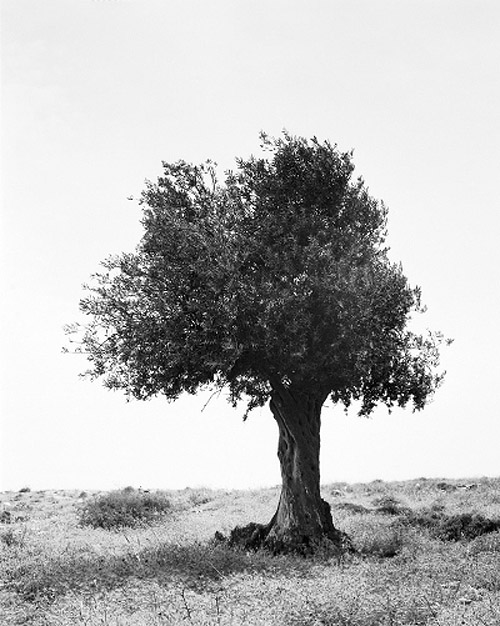 With their series of landscape photographs, Facts on the Ground, Sasha Bezzubov and Jessica Sucher respond to the familiar yet affecting press photos, which depict the suffering and violence of the Israeli-Palestinian conflict. Bezzubov and Sucher approach the conflict in a nuanced and descriptive way, creating images that permit the contested terrain to speak for itself. Their work represents the land as a retainer of history. The two artists photographed the remains of Palestinian villages that Israeli forces destroyed in the wars of 1948 and 1967. They also photographed the occupied territories, where Israeli settlers and the Israeli army continue to dispossess Palestinians of their land and Palestinian farmers of their the olive trees. 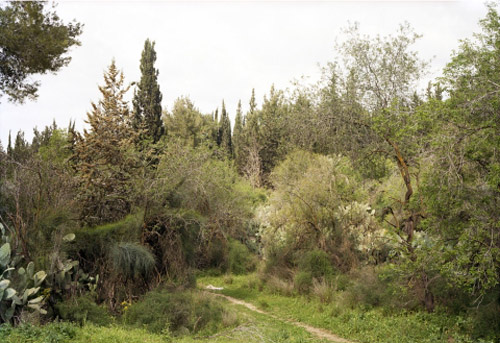 Bezzubov and Sucher used a large format camera and created large-scale prints in an attempt to depict these scenes in a way that mainstream journalism cannot.  The power and scale of landscape photography allow a seemingly simple image to offer the viewer multiple modes of interaction. As the viewer transitions from one mode to the next, subterranean meanings unravel over time. 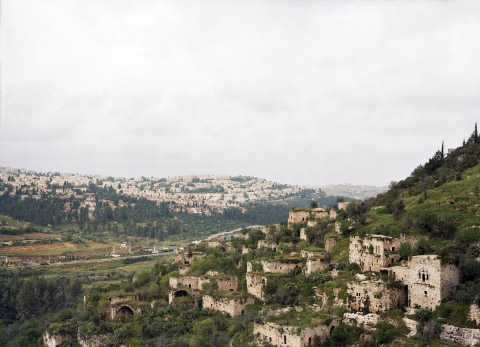 CM:  The upcoming issue of Conveyor Magazine is on the theme of Mapping.  Obviously, this particular project deals with several forms of mapping, territory, borders, possession.  Can you talk more about the significance of mapping with respect to the land you represent in your series?

SB:  The term, “Facts on the Ground” refers to the political idea that the creation of physical realities (i.e. the building of Israeli settlements in the Occupied West Bank)—though illegal according to international law—will become impossible to undo and will result in the continual annexation of Palestinian land. So mapping, territory, borders, history and possession are an integral part of this project and the conflict. The creation of the state of Israel, which accompanied the violent destruction of some 500 Palestinian villages, towns and cities, and the forced removal of some 750,000 Palestinians, was accompanied by a massive re-mapping and re-naming project. According to the new rulers, Palestine had to be “Judaized,” the names of every geographical feature had to be changed in order to comply with the often manufactured biblical past. A truly Orwellian committee (The Government Naming Committee) gave the newly found state an ancient pedigree. Many wars later, the map of the region continues to be redrawn. 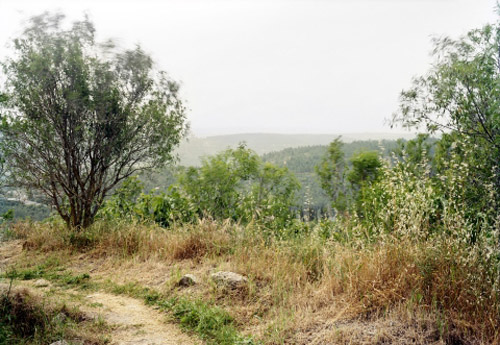 CM: What interests you about photography and mapping? Do you see them as related?

SB:  There is a saying, “a map is not the territory.” Similarly it could be said, “a photograph is not the reality.” While they each describe the world in their own manner, through a combination of ubiquity, scientific aura, and social agreement, their role as reliable scientific documents is rarely questioned. But maps and photographs organize the world based on the makers’ vision, politics, tendencies, and loyalties. Both projects can exploit or reveal this aspect of their construction, or perhaps in our case, a bit of both. 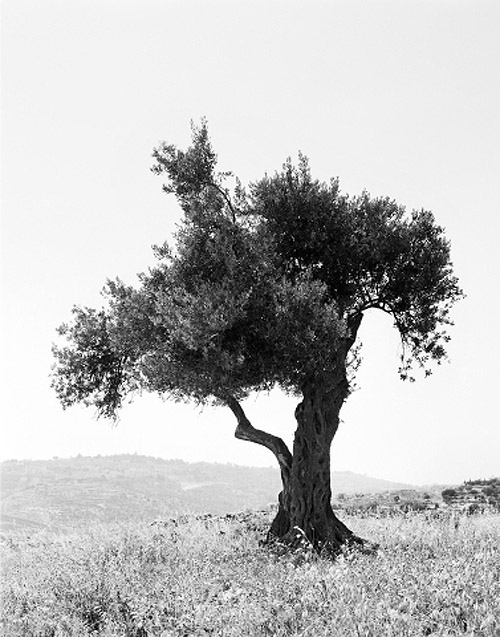 CM: How long have you been collaborating with Sucher? Can you describe some of your other projects?

SB:  We began working together on photographic projects in 2002, soon after we became a couple. We have since been married and now have a beautiful three-year-old son. Facts the Ground is our third project as a collaborative team. We have previously worked on The Searchers, a series of four interrelated projects about Western spiritual tourism in India, during a year we spent in India on a Fulbright Scholarship. Our first project is called Expats and Natives. It’s a series of portraits of westerners and their local families in different parts of the developing world.  The amount of thought, discourse and argument that goes into every step of our process is something that I have never experienced before.

CM:  Now that Facts on the Ground is finished and on display, what effect do you hope it will have?

SB:  We are really interested in creating a conversation with this work. We have few illusions that our exhibition and project will affect change in either Israeli policies or the unquestioning support of the United States for these policies. But we do hope that the work will continue to bring attention to this topic and inspire others to continue revealing the great injustice of the Israeli occupation. The Israeli journalist Gideon Levy, whose writing tirelessly describes the many horrors of the occupation, recently answered a similar question with something to this effect, “I write in order that no one will be able to say, “we did not know.”